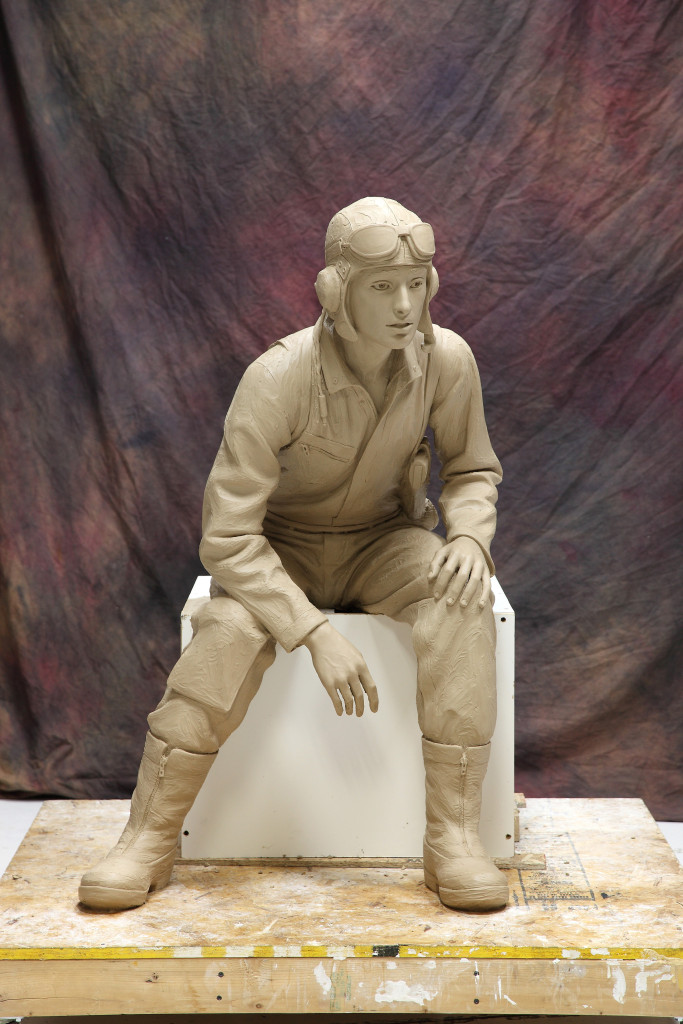 Following the bombing of Pearl Harbor, young men rushed to join the military in defense of the country. TEENAGER represents some of the youngest soldiers that went from civilian life to war, often in only a matter of a few short months.

Aged 19, he has been given 90 hours of flight time and was only recently checked out in a state-of-the-art fighter. These “90 day wonders” only had the barest minimum of training in how to fly the plane and no training in the tactics that would be needed to survive in air combat. They “learned the job, on the job”. And often the test would be administered before the lesson could be taught.

TEENAGER knows he must pay attention to every word being spoken in the briefing as his very life depends on doing the right thing during the upcoming mission. As was the custom, he attended at least two prior debriefs to hear the pilots describe what had happened immediately following prior missions. Often those meetings included strong disagreements about what went wrong and conveyed the desperate nature of their struggle.

Now he is hearing his first briefing, knowing that his life and the life of his fellow squadron pilots will depend on his ability to perform as needed. Only a few months out of school, the full weight of combat is now on his shoulders.

The photos below show the original TEENAGER as it was completed in clay.  The next step in the process required taking a mold from the clay.  That process was done immediately following these photos, destroying the original clay.  Now the sculpture exists as part of the completed monument in bronze. 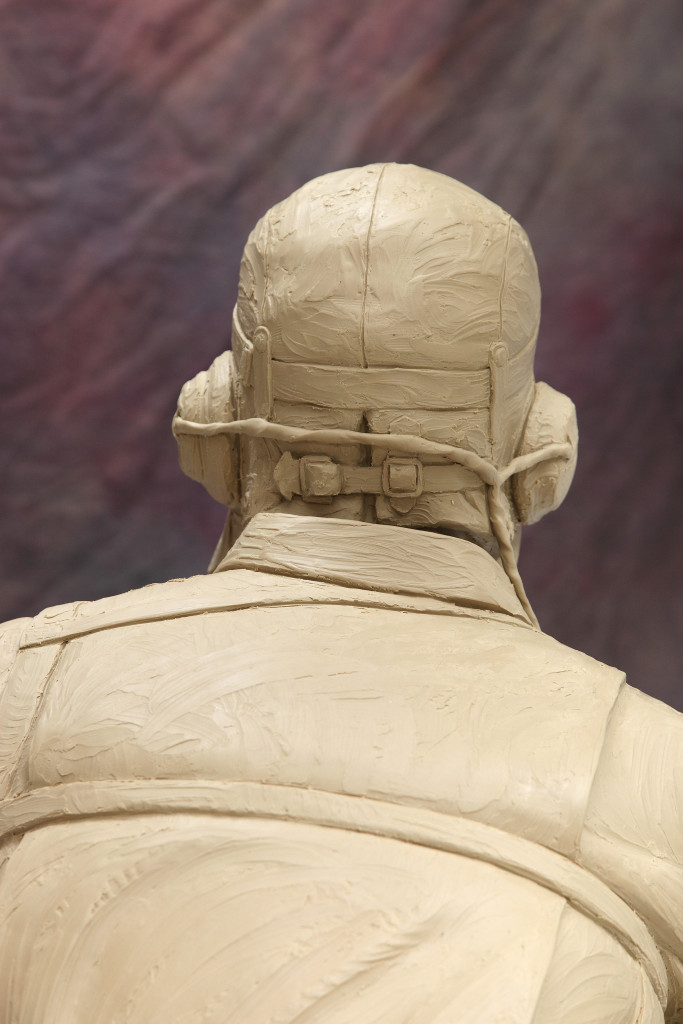 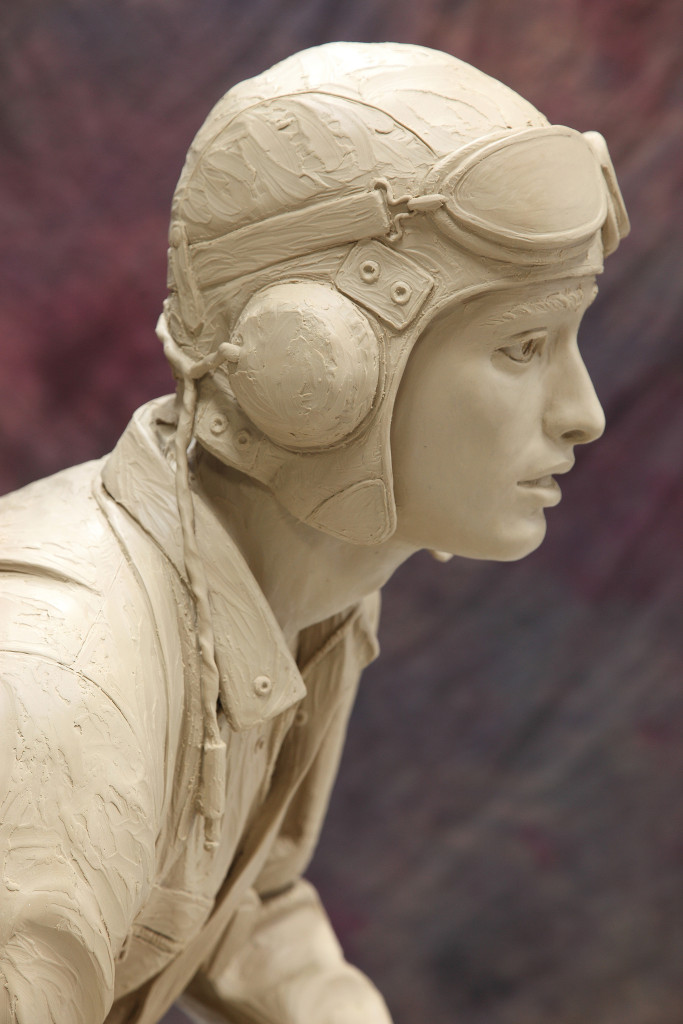 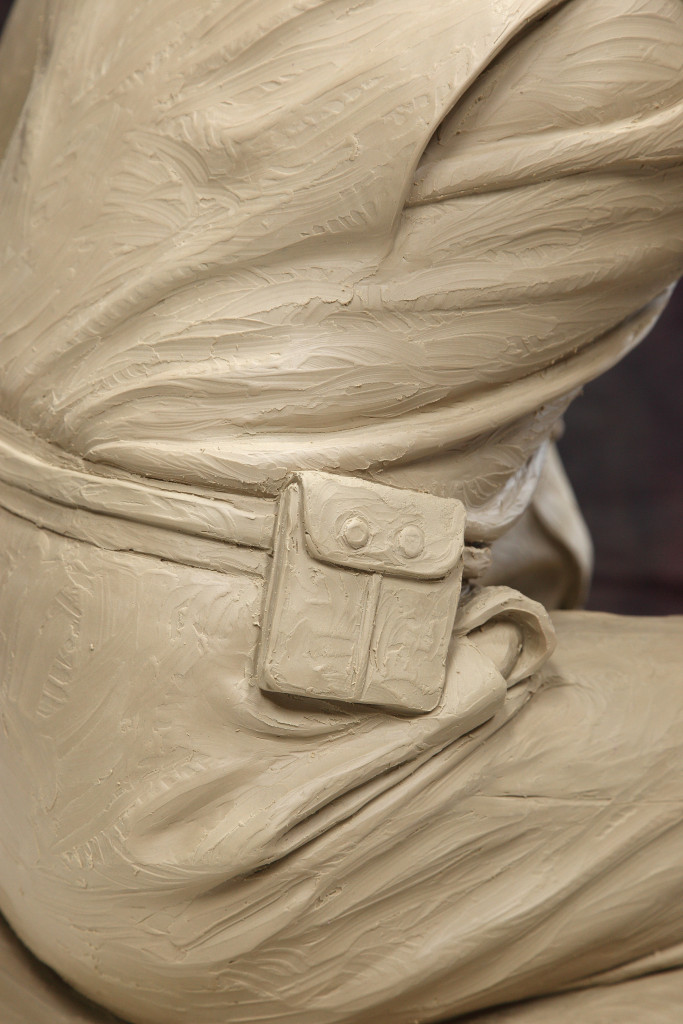 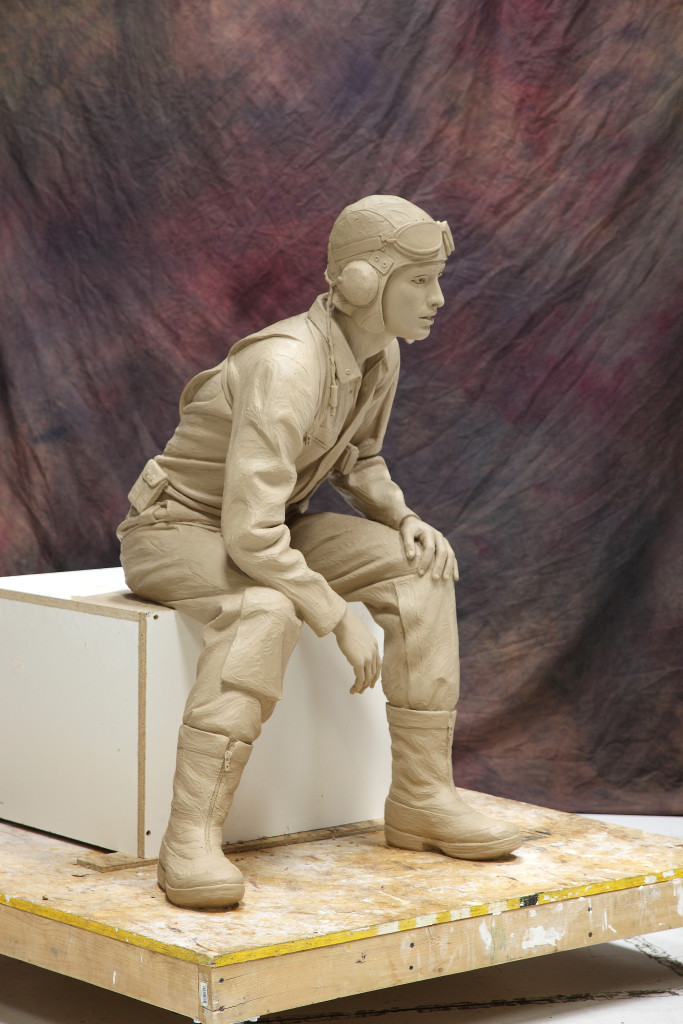 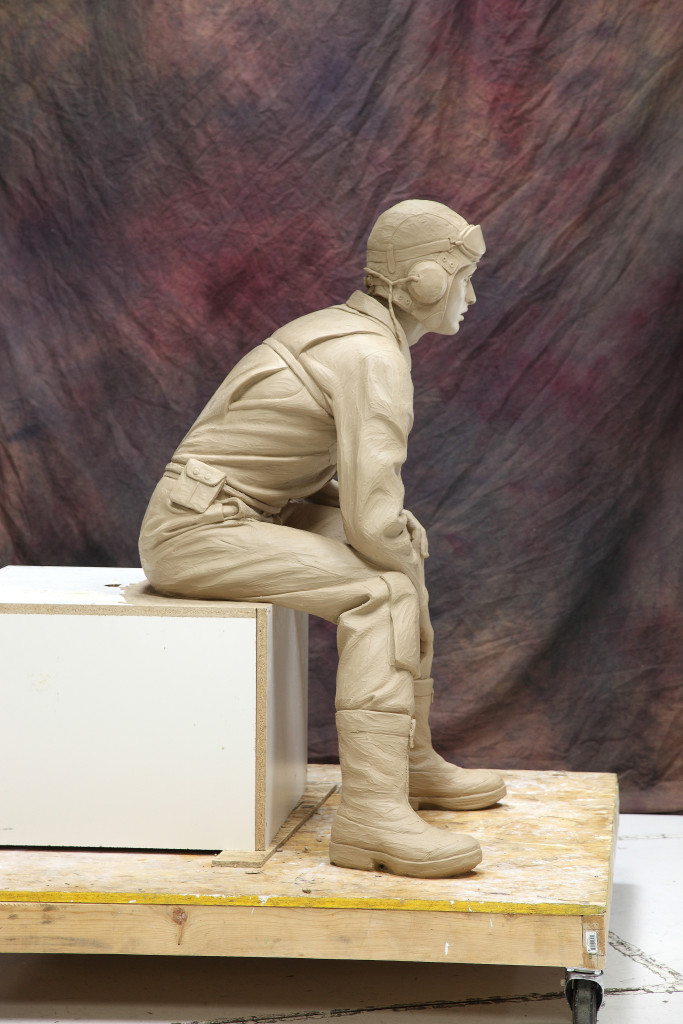 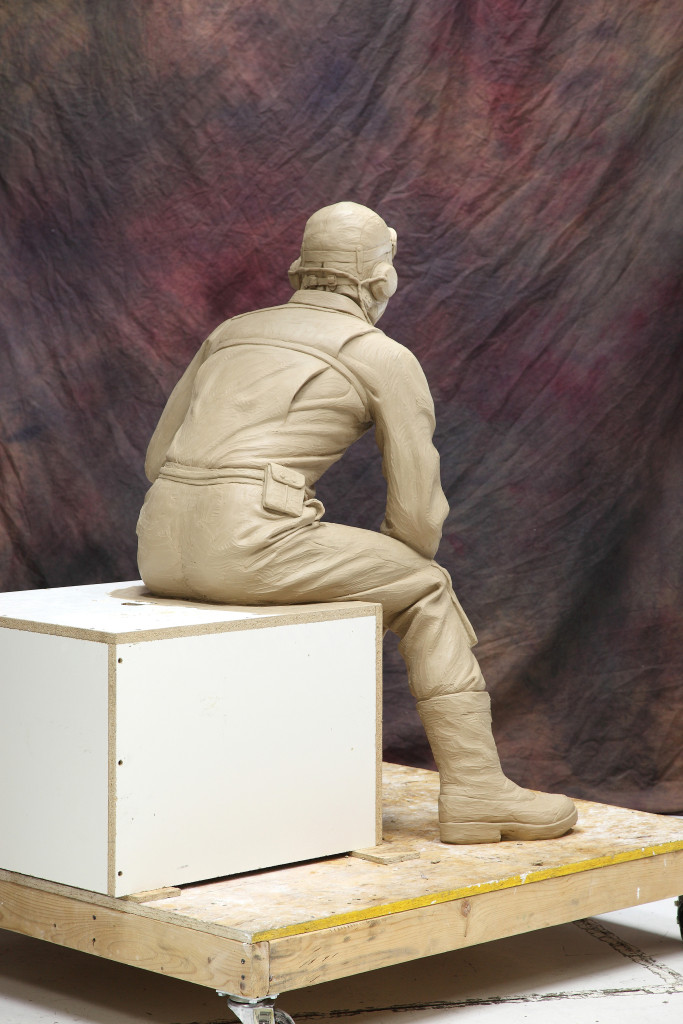 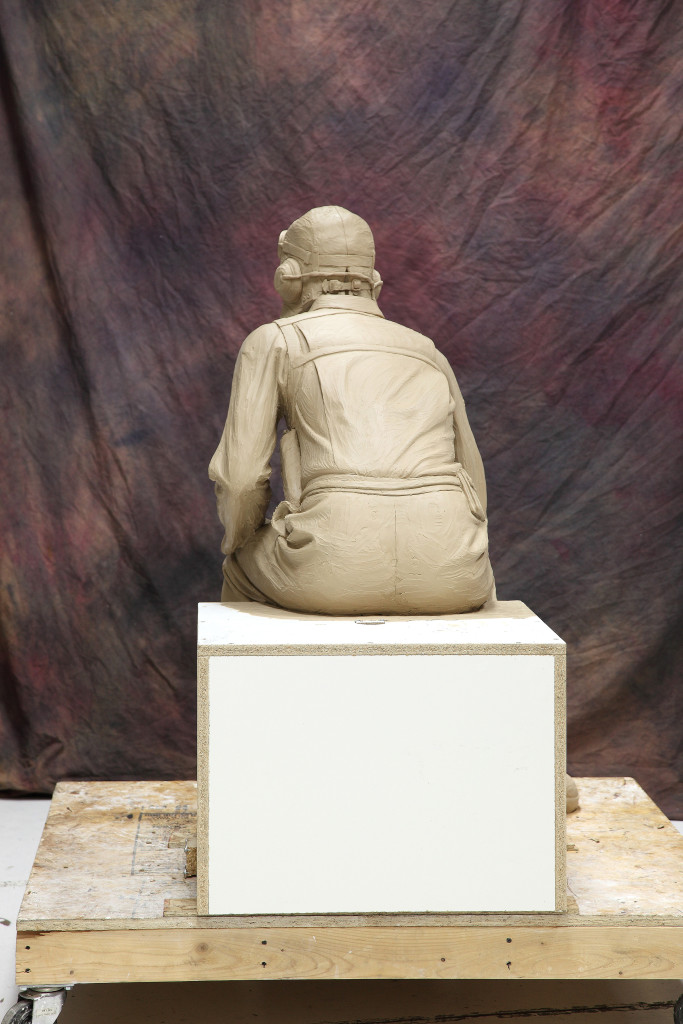 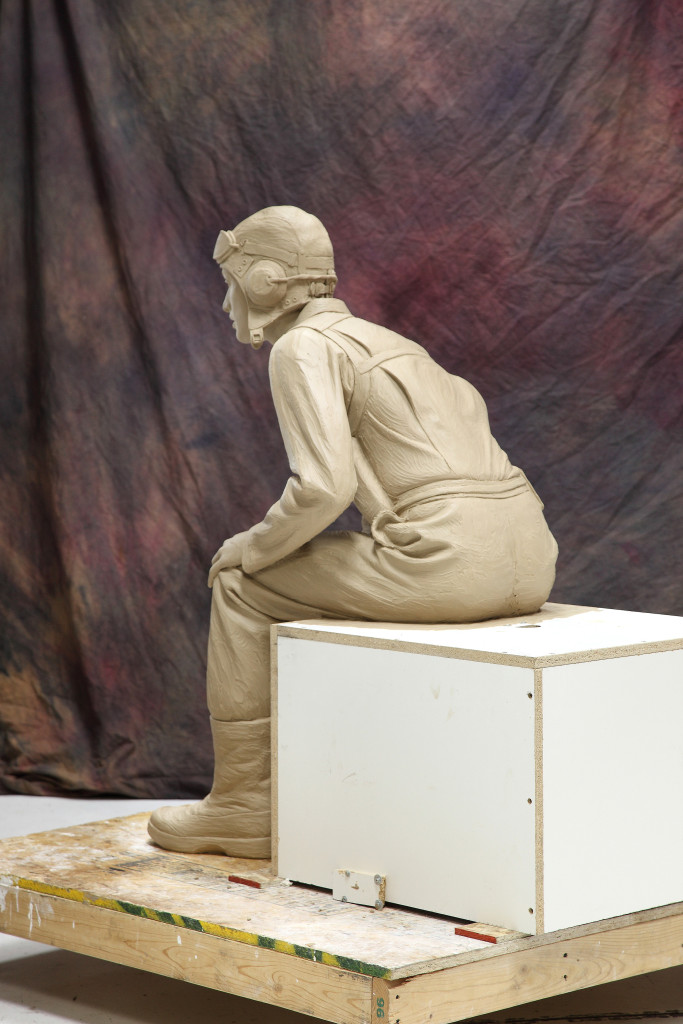 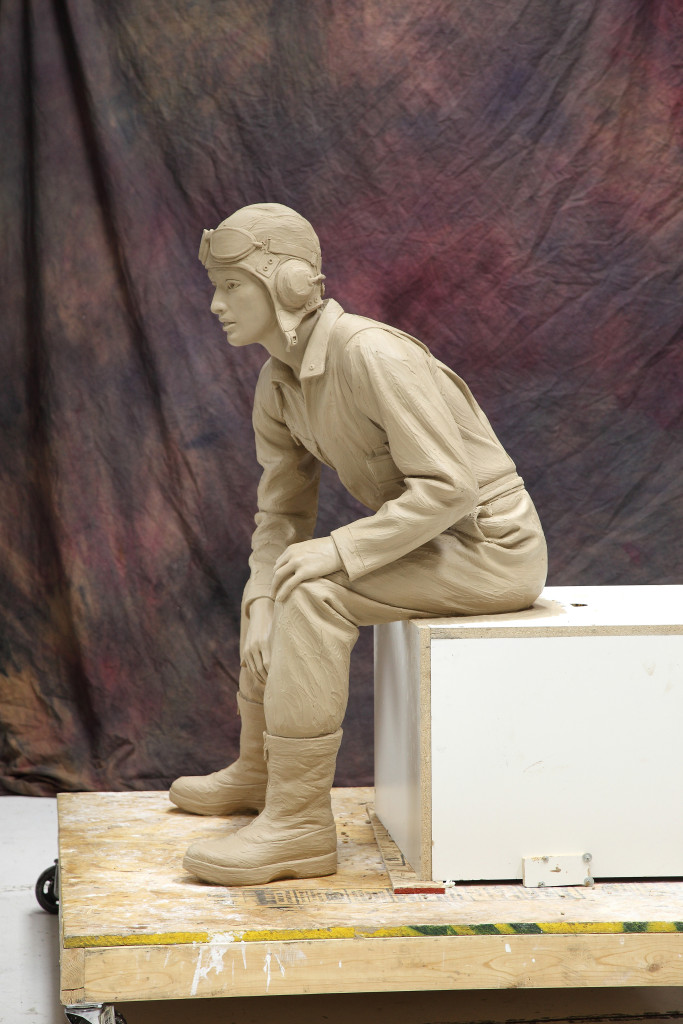 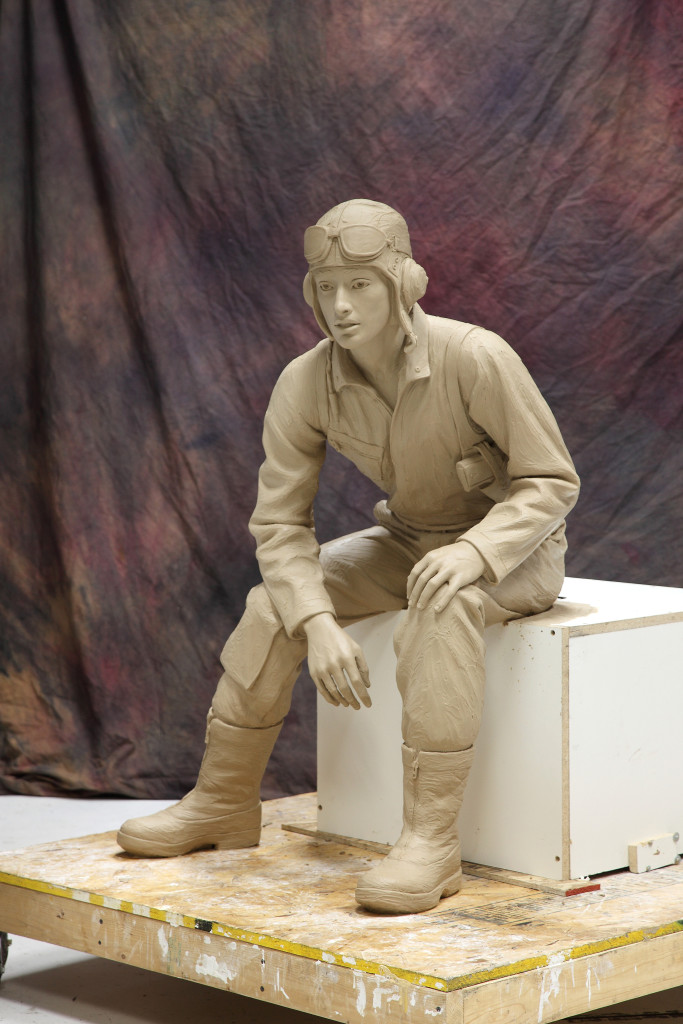