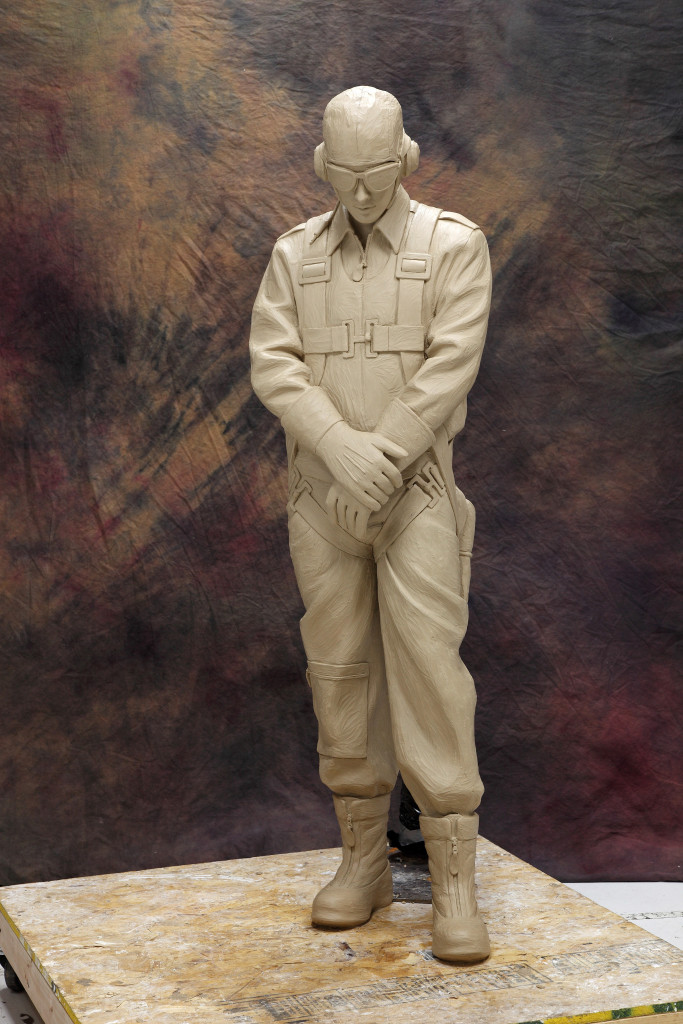 The finished monument will include twelve life size fighter pilots engaged in a mission briefing. All twelve are destined to die. Seven figures are participating in the briefing, still alive. Five will be finished in a lighter color and represent the ‘spirits’ of pilots killed on prior missions.  They are shown as they were when they were killed in action:  Fully clothed, with helmet, goggles, gloves and boots. Their depersonalization will evoke a sense of loss… a feeling that we will never know these young men and they are now fading into history.  The contrast between the youthful, individual, intense and still-living seven and the five ‘spirits’ that are already lost forever to us will be the core message of the completed monument.

FIGURE THREE: GOOD LOOKIN is the first ‘spirit’. He stands silently bearing witness to the mounting loss of life as the war progressed. Some lives were lost while performing the mission to which they were assigned. Others died in tragic accidents or avoidable mistakes that inevitably happened in the chaos of combat.  The impetus for this figure stemmed from the real-life event of a mid-air collision between two US P-38 fighters.  While flying in close formation, the element leader’s wingman lost concentration for a split second during air combat.  He crashed into his leader and they both died.  This ‘spirit’ embodies the deep regret this airman carried to his death, knowing that he’d been the cause of not only his own life, but that of his element leader.

The photos below show the original GOOD LOOKIN as it was completed in clay.  The next step in the process required taking a mold from the clay.  That process was done immediately following these photos, destroying the original clay.  Now the sculpture exists as part of the completed monument in bronze. 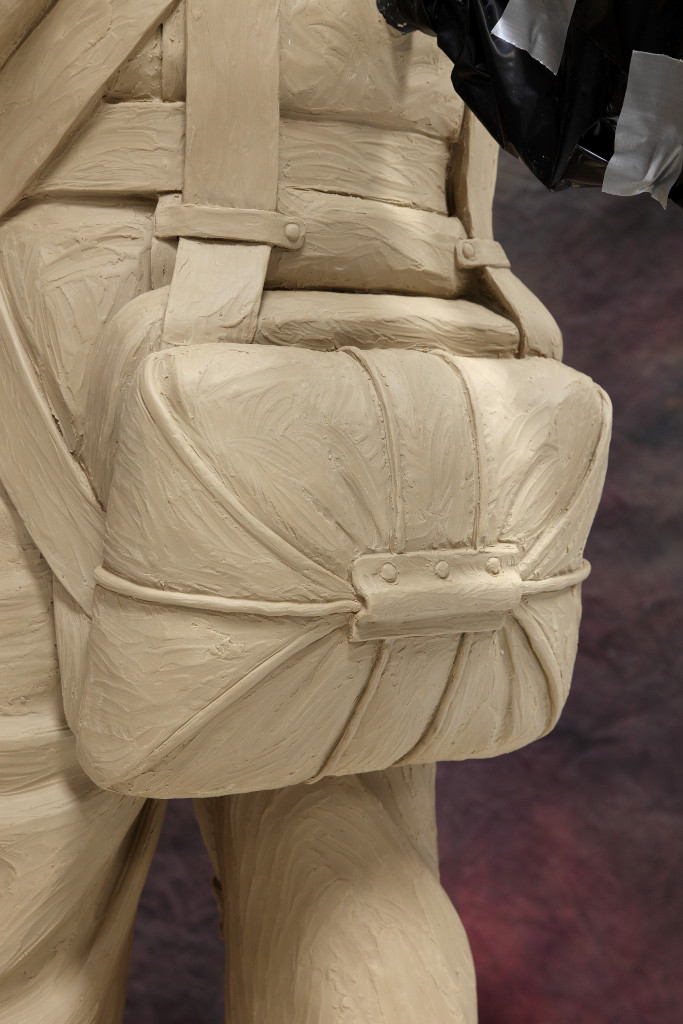 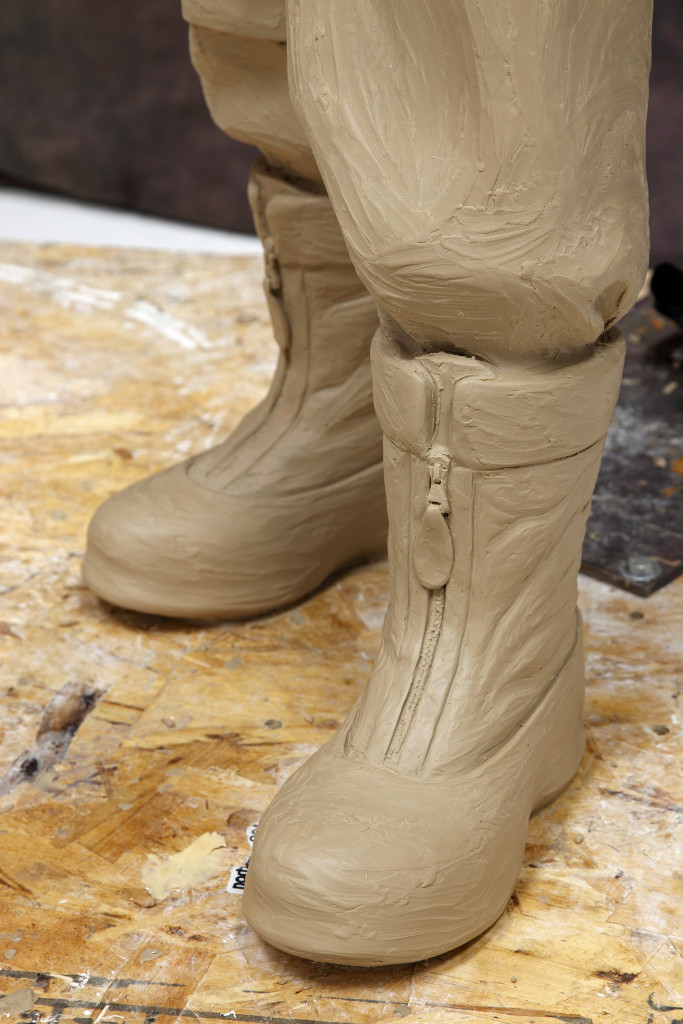 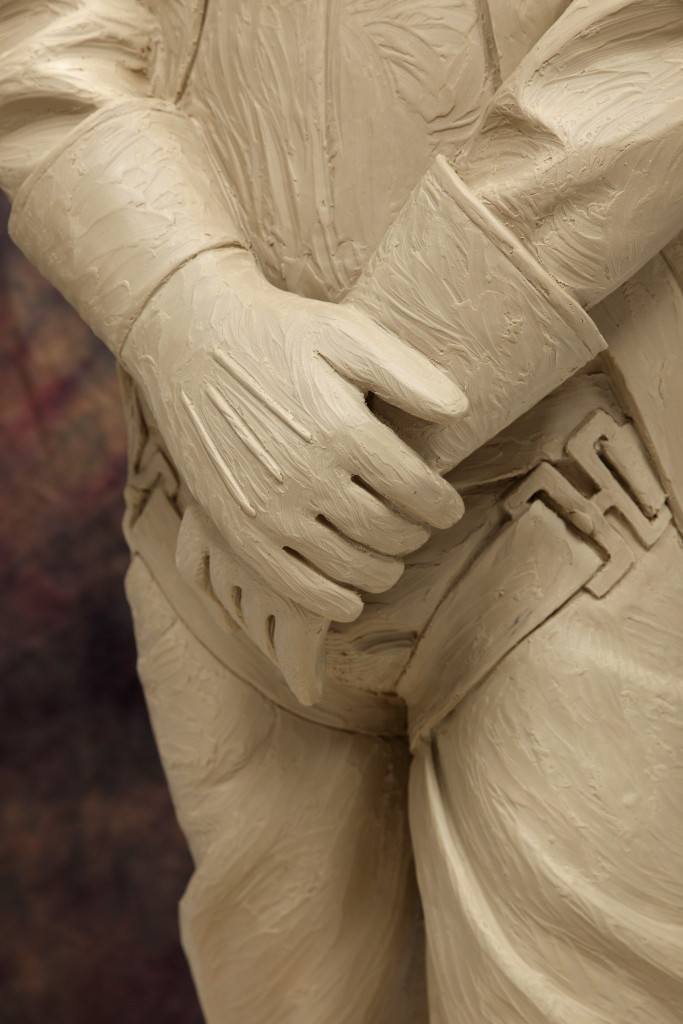 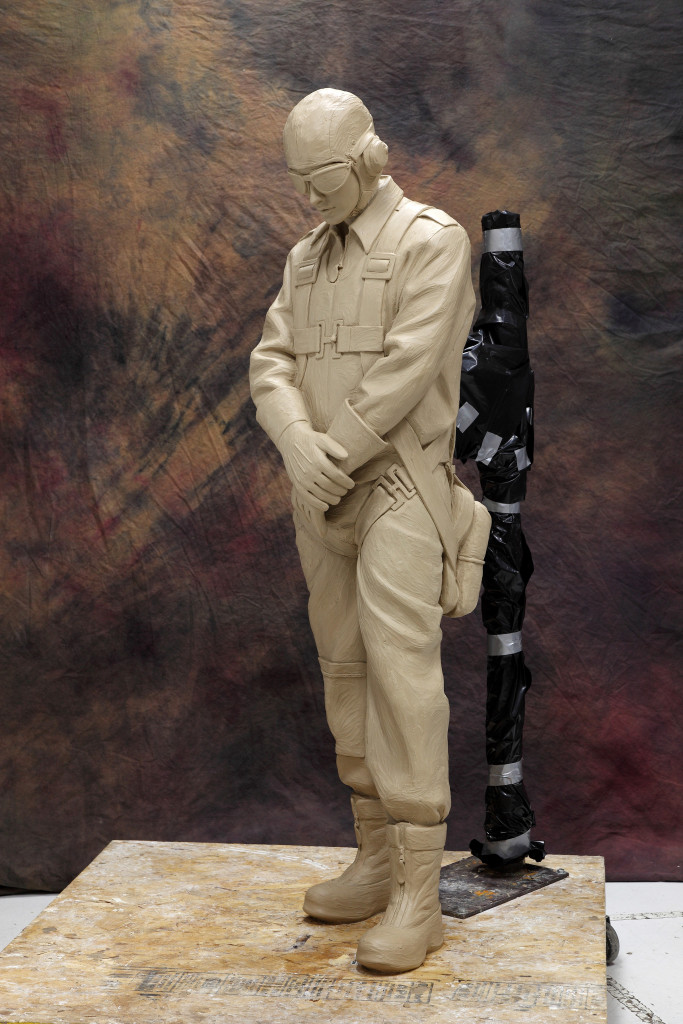 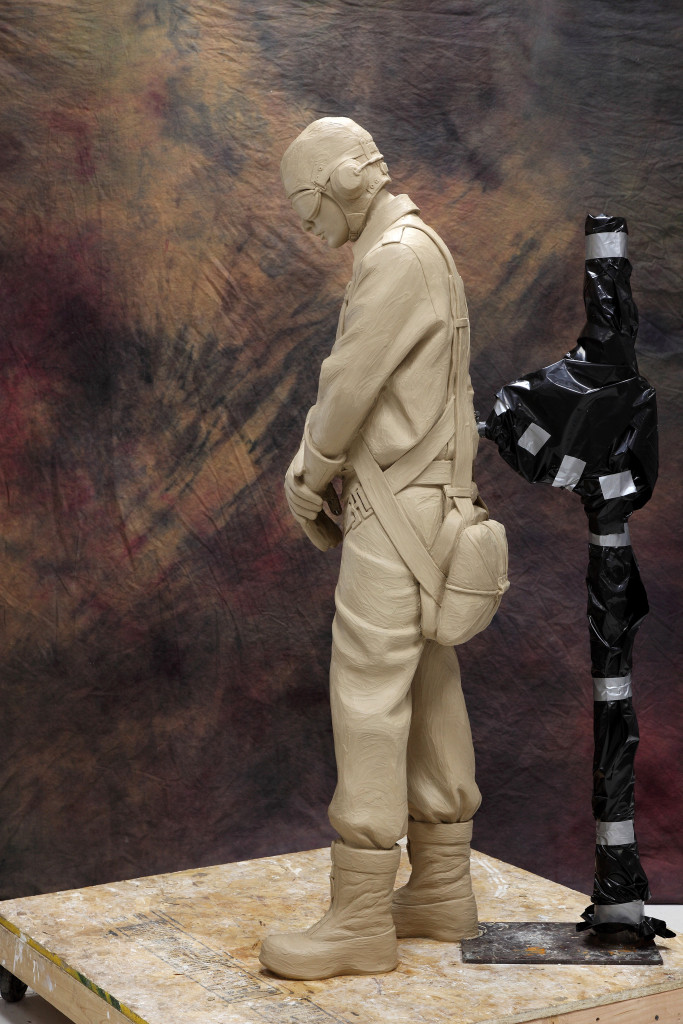 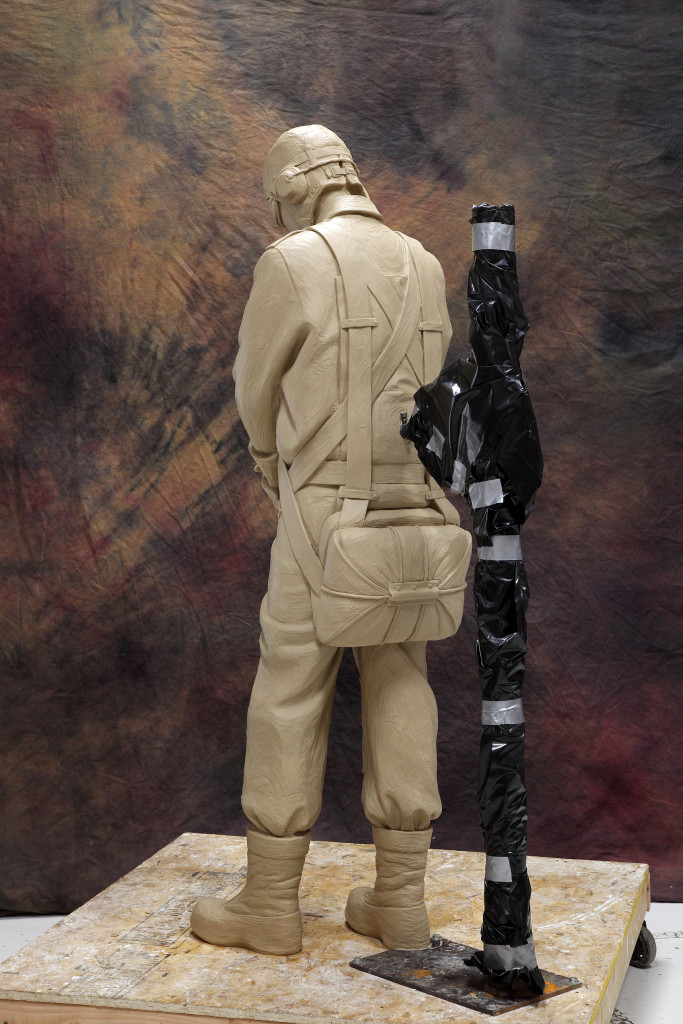 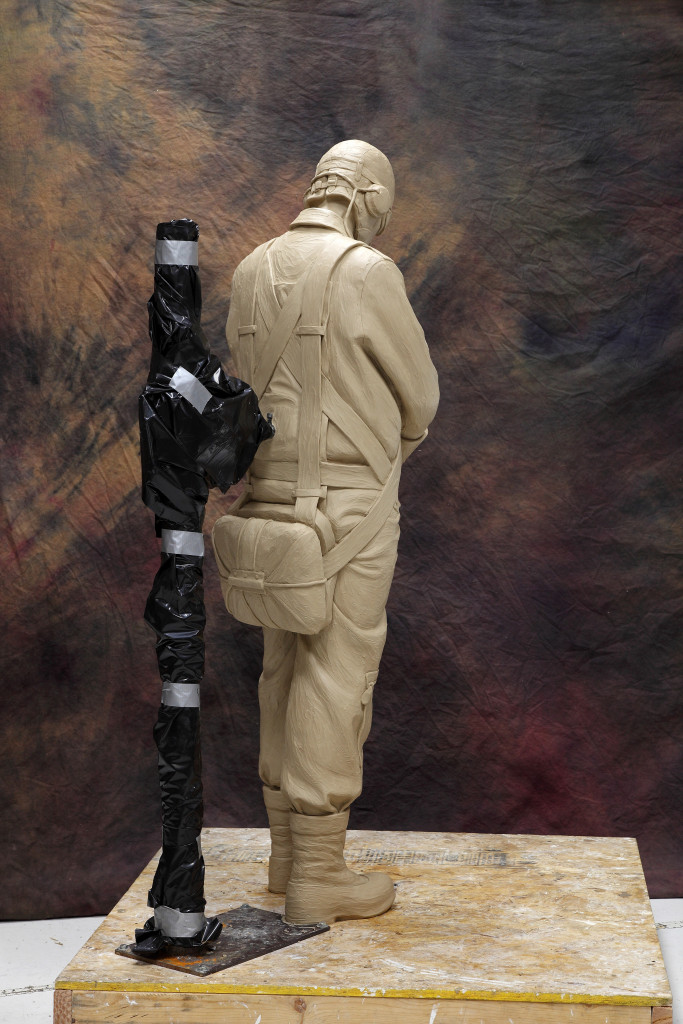 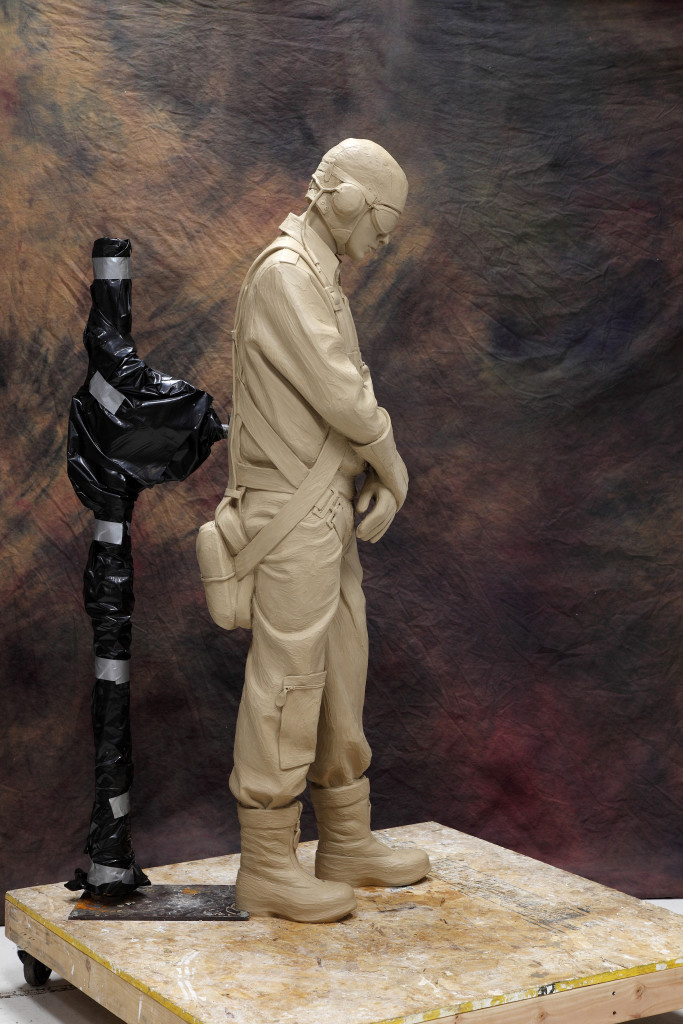 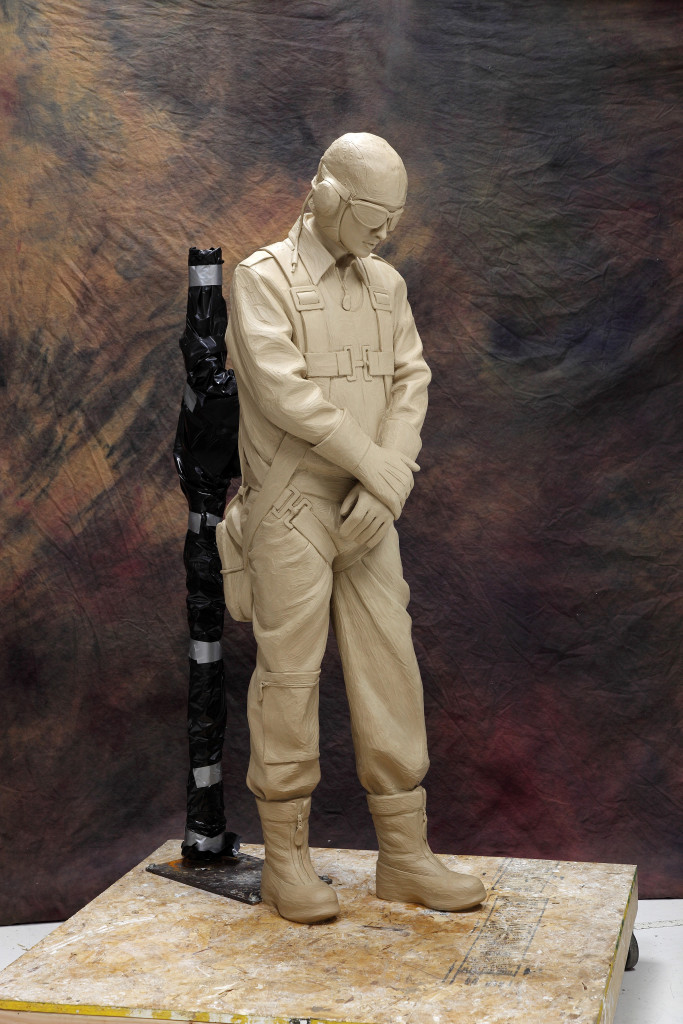 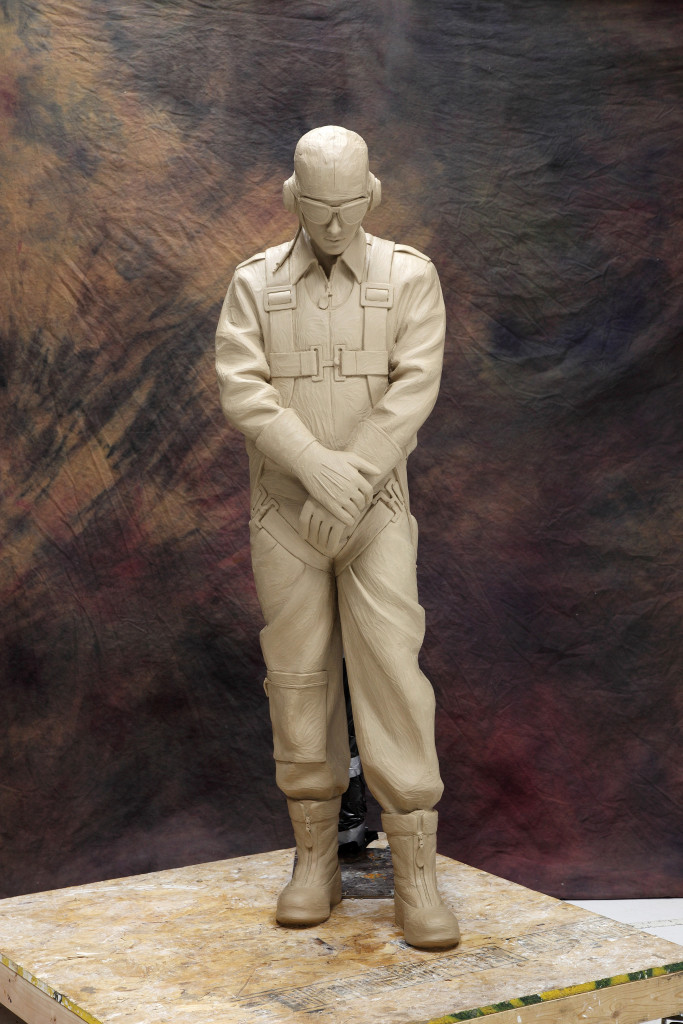