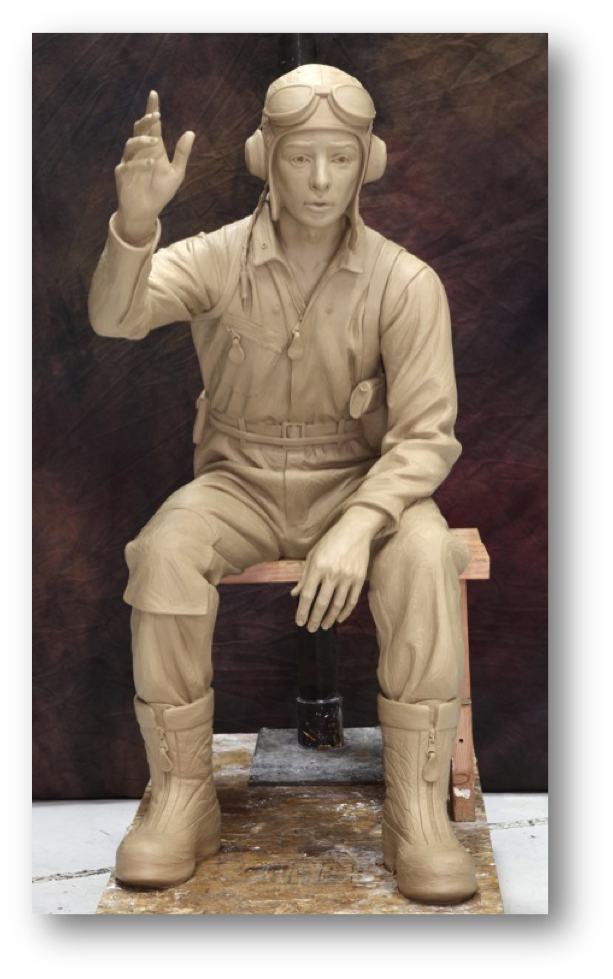 None of the twelve figures are meant to portray a particular individual.  However, each has been carefully crafted to represent a behavior, an attitude, certain equipment, and/or a pose that was common among fighter pilots of that era.

FIGURE SEVEN: MONTANA represents the very real problem posed by a flow of new pilots entering the squadron to replace those already killed. Pilots fresh from stateside training entered the squadron and were expected to fly alongside more experienced pilots. There was no time for formal training.  Instead, newer pilots would often have to pick up vital operational information and techniques “on the fly”.  MONTANA represents a newer pilot with a question during the briefing. The question could have dealt with a wide range of subjects that may not have been covered in training. We can imagine some of those questions, even today:

“What if we are late to the rendezvous point to join the bombers?” (The bombers won’t wait. They’ll go on their bombing mission without our escort and they’ll be sitting ducks. So we can’t be late.)

“What if my belly drop tank fails to release?” (The gasoline vapor in an empty drop tank is highly explosive. Even one bullet could blow up you and your wingman.  Leave the squadron and return home if your tank hangs up.)

“How can I get back to base if I get separated from the squadron?” (Call for a homing. If you’re in radio range, they’ll be able to give you a heading home. If you can’t raise anybody, you’re on your own. Good luck.)

The photos below show the original MONTANA as it was completed in clay.  The next step in the process required taking a mold from the clay.  That process was done immediately following these photos, destroying the original clay.  Now the sculpture exists as part of the completed monument in bronze. 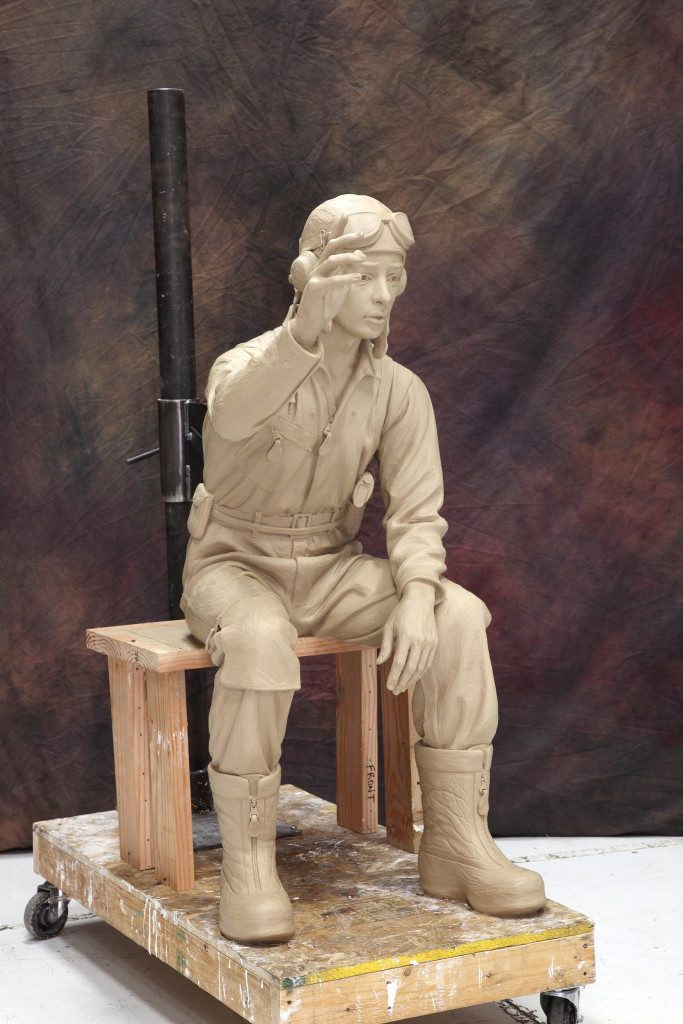 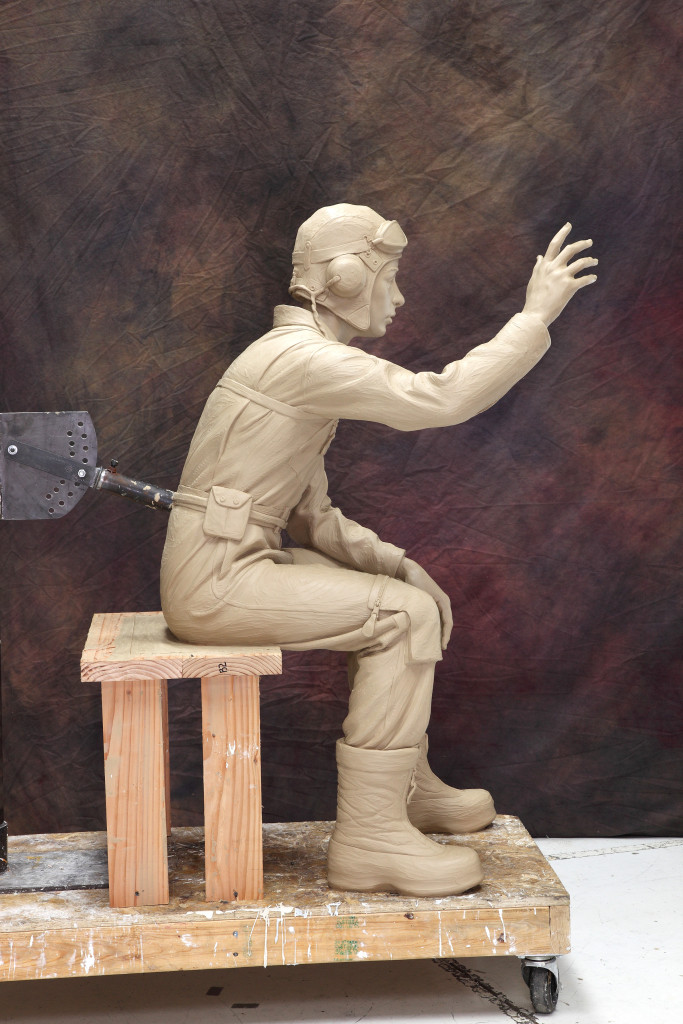 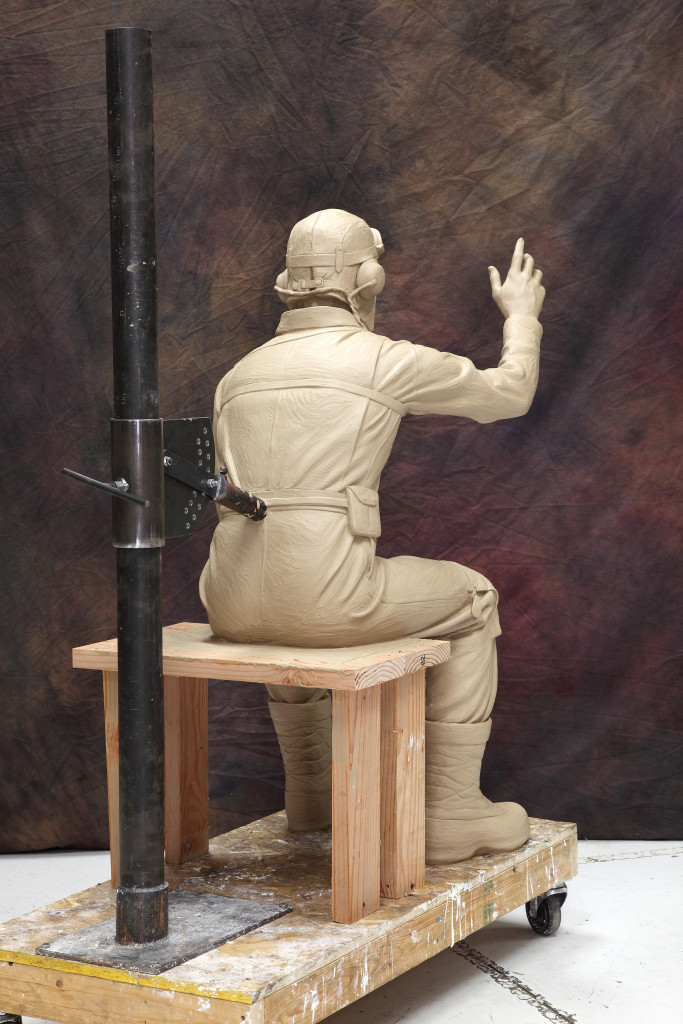 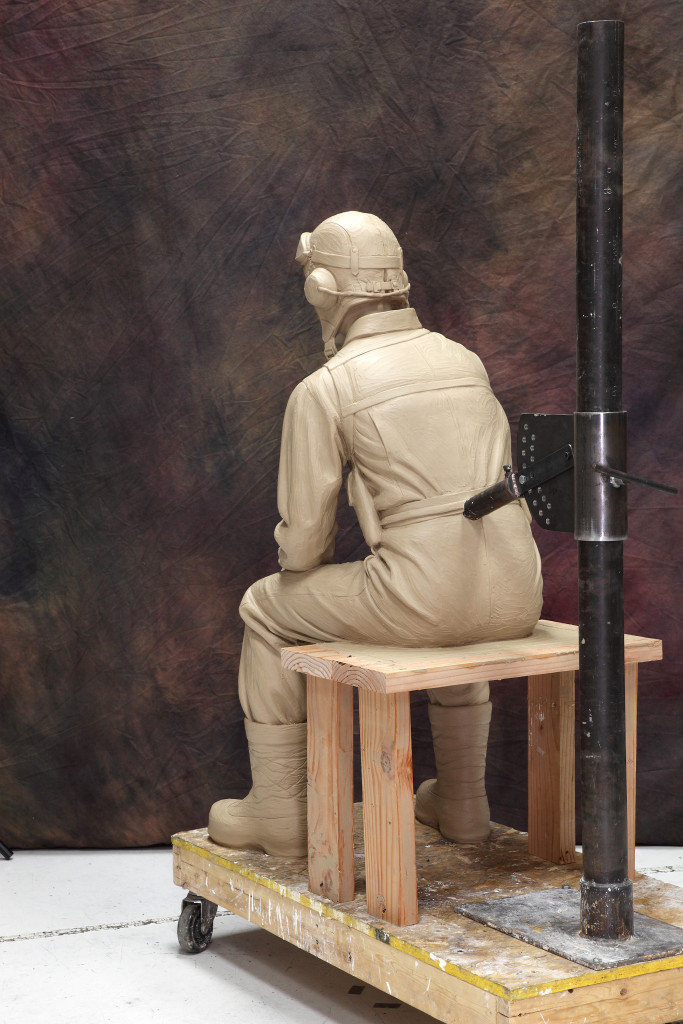 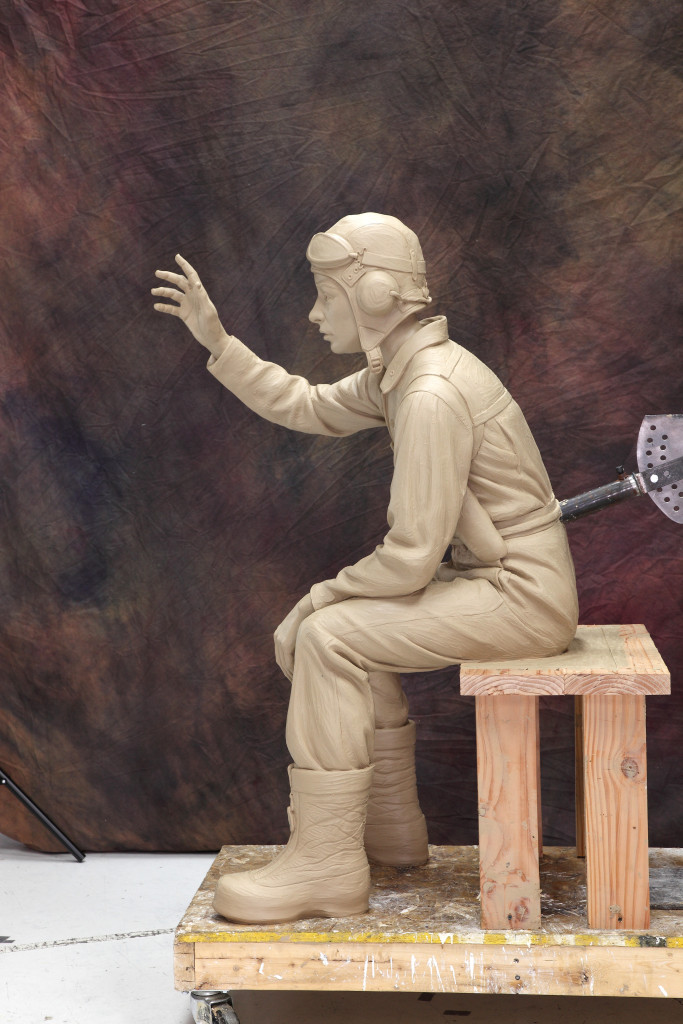 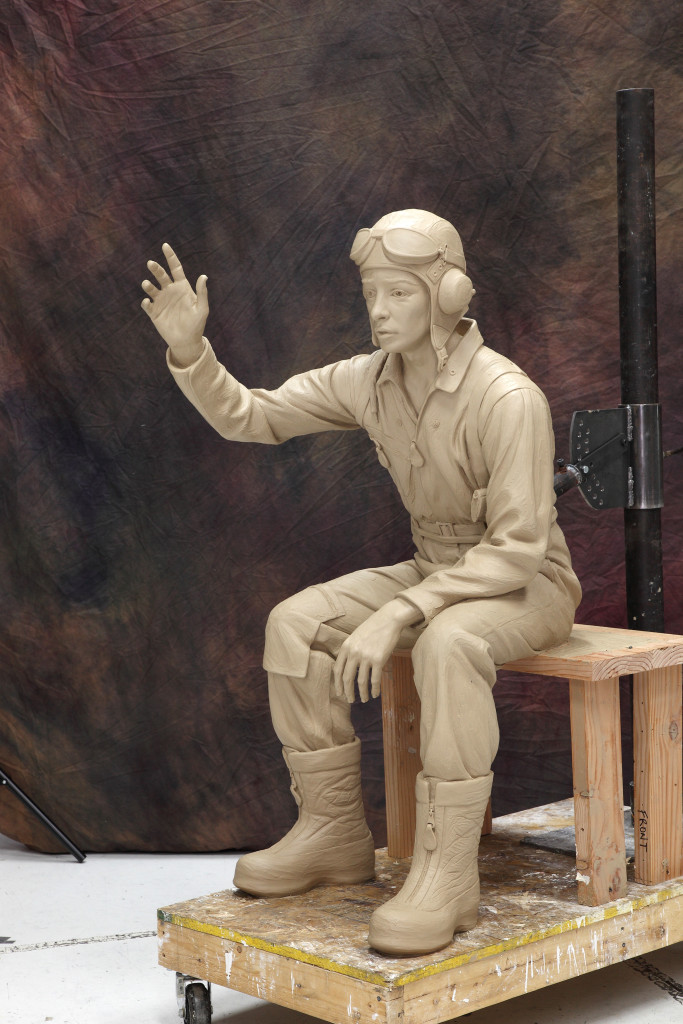 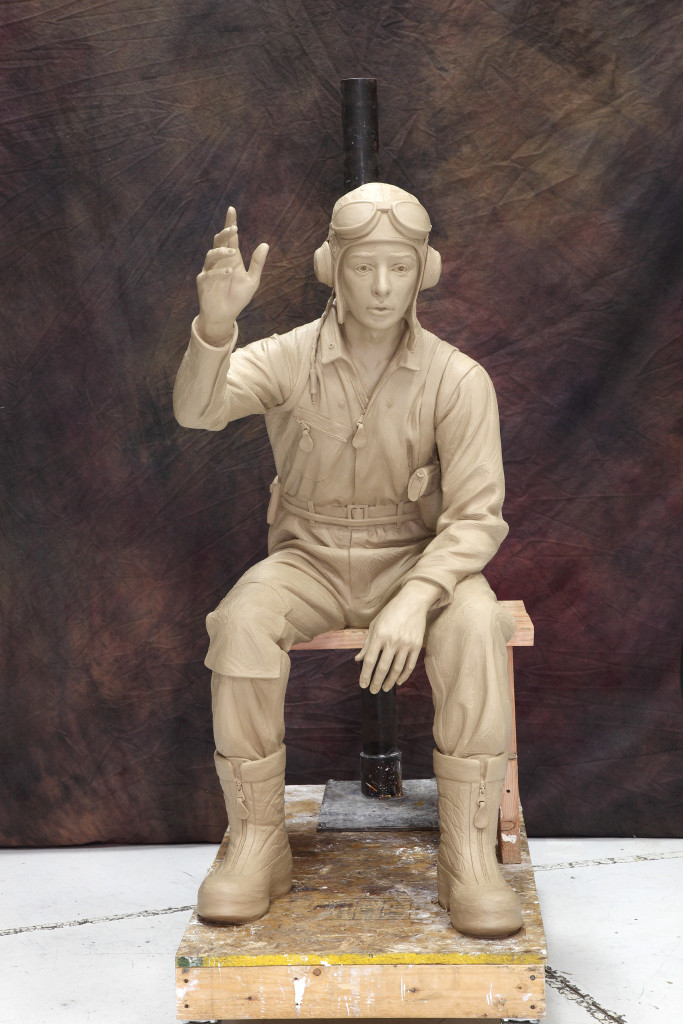