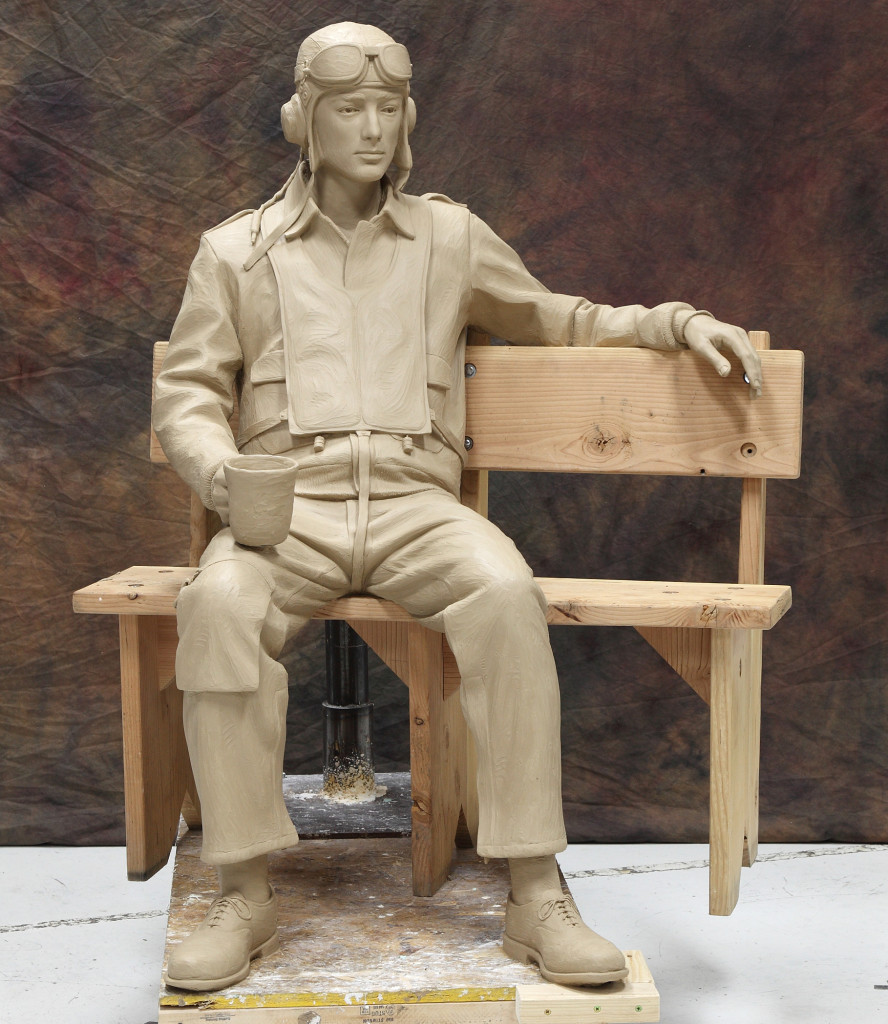 Late in the war, the U.S. achieved air superiority in each of the combat theaters. Although much fighting remained, actions were imbued with a degree of condence that was largely absent earlier in the war.  HANDSOME will die like all the other pilots in this sculpture, but that will not happen for several more missions. He is shown here with a casual posture, a cup of coffee and saddle oxford street shoes. He embodies the growing sense of condence that the allies will prevail.

On lower altitude missions, pilots commonly flew in standard street shoes of the day. For high altitude flights, where the outside temperature was bitterly cold and cockpit heaters were insufficient,  insulated over boots helped retain warmth.

The cup of coffee is used in the artwork to help convey his condence, but its presence is actually somewhat out of place at a mission brieng. “We hardly ever drank before a mission,” Arnold recalls. “The urinal systems in those days were primitive, at best. The last thing you’d want is to deal with peeing during a combat mission!” 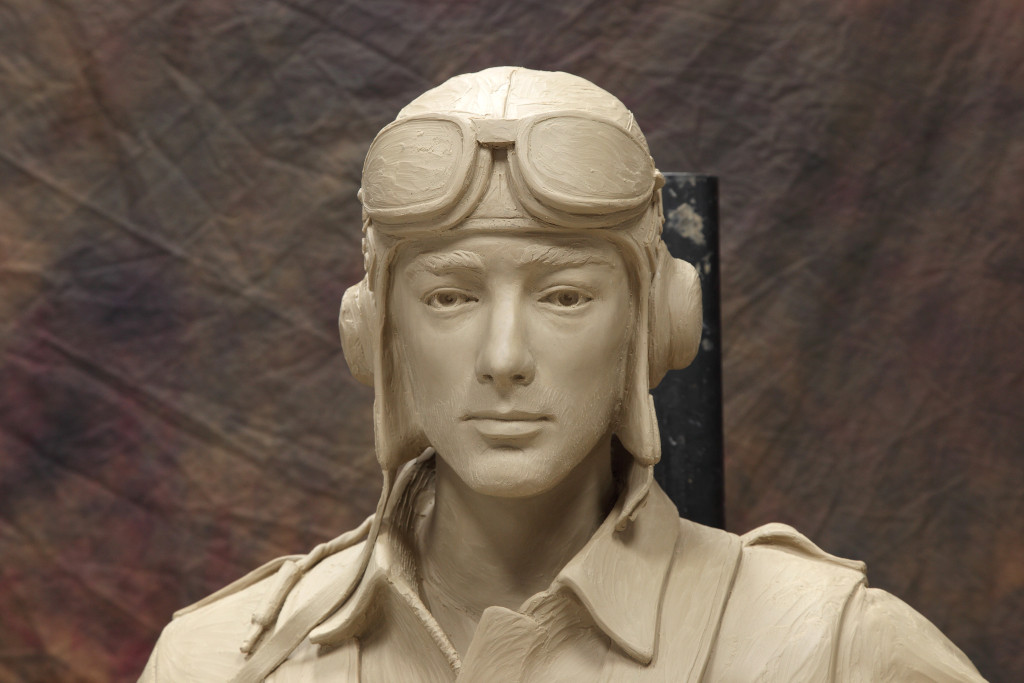 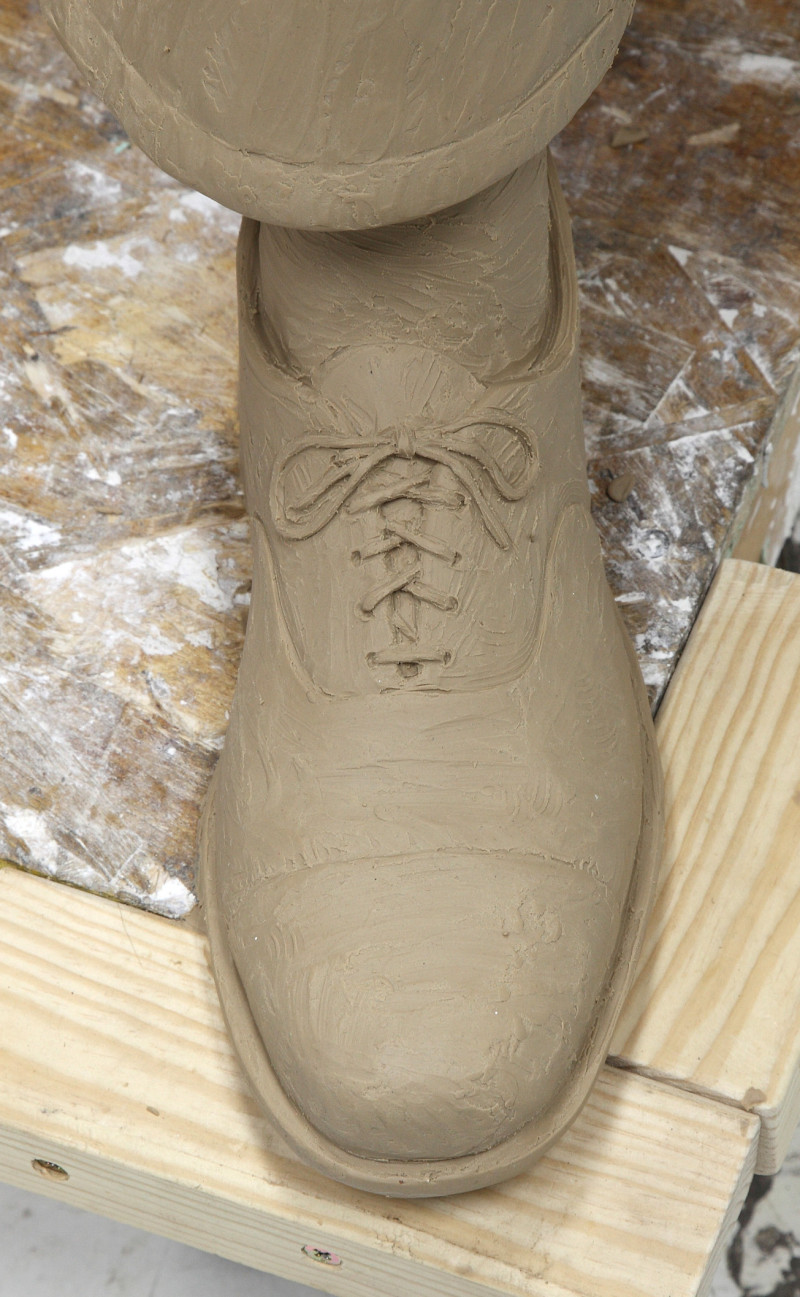